Twenty years on from their platinum selling album Sumo hitting number two on the ARIA chart, The Superjesus are still as popular as ever.  After the announce of their epic stack of Australian show dates to celebrate the 20th anniversary edition of Sumo, tickets are being snapped up fast. Their show at The Gov in Adelaide has already sold out and due to overwhelming demand, the band have added a final show to round out their 19 date run, announcing Skycity Casino in Darwin for Friday November 23. Fans had better be quick to secure the remaining tickets to the dates on this run – with the tour kicking off later this month, there will be no more shows added.

And what a tour it will be – for this special occasion, The Superjesus have put together a bigger-than-Ben Hur show that defies the usual channels of conventional touring.  In an unprecedented move, The Superjesus will be playing support for themselves, treating  audiences to two mammoth sets and playing everything from their ARIA award winning debut album Sumo, their two-time ARIA award winning EP Eight Step Rail, and a selection of greatest hits spanning over their two decade long career.  The band have never performed a show like this before, and never will again – it is a once off, moment in time celebration of all things The Superjesus.  Frontwoman Sarah McLeod enthuses, “The boys and I are putting heart, soul, skin and blood into this tour, it’s a massive undertaking that may well kill us!  We are however, completely relishing in the challenge, and what a way to kick it off – in our hometown with a sold out show!  This is going to be epic on soo many levels, bring it on – we’re ready!”

While for most shows it will be The Superjesus opening for The Superjesus with their two jam-packed sets of fan faves and deep cuts, there will be one very special guest band joining the fun for Canberra, Sydney and Newcastle – and that is Rackett, the all-woman punk powerhouse out of Sydney.  Equally inspired by Black Sabbath and The Spice Girls, Rackett are the perfect addition to this rockin’ tour.  Sarah explains, “We were so impressed with Rackett when we caught their set at Come Together festival that we thought for some extra special shows we would amp it up yet again and make it a 3 band bill! Rackett/The Superjesus and The Superjesus! Better get a baby sitter for this one!” 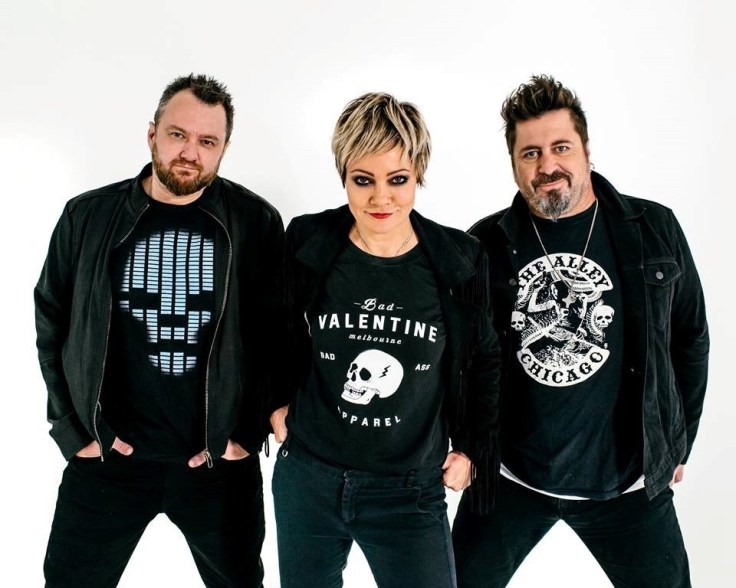 Initially known as Hell’s Kitchen, The Superjesus received national radio play with their debut 1996 EP Eight Step Rail and became a festival favourite at Big Day Out throughout the ‘90s.  Inducted into the South Australian Music Hall of Fame in 2017, The Superjesus have much to celebrate – and celebrate they will with this extra-special edition of Sumo.  Reflecting on the life-changing record, frontwoman Sarah McLeod says, “(When Sumo came out)…everything went gangbusters almost overnight.  It was terrifying and exciting all at once.  We worked so hard on that album… To be sitting here talking about it 20 years later, knowing that it was an important part of Australian music history and affected so many people along the way…it  feels like an incredible achievement.  We had no blueprint of how we wanted to sound – of course we had our influences, but it was the combination of those influences that made us become The Superjesus.”

With this massive tour fast approaching, The Superjesus intend to rock everybody senseless, one show at a time.  Anyone who has ever been a fan of this beloved band had best make it down to a show, with Sarah jesting, “The Superjesus supporting The Superjesus, that’s right, baby, it’s MEGAJESUS – Kanye would be proud!”

Australian rock legends The Superjesus are rockin’ Beer Deluxe, Albury, this Thursday the 11th of October. GET YOUR TICKETS HERE