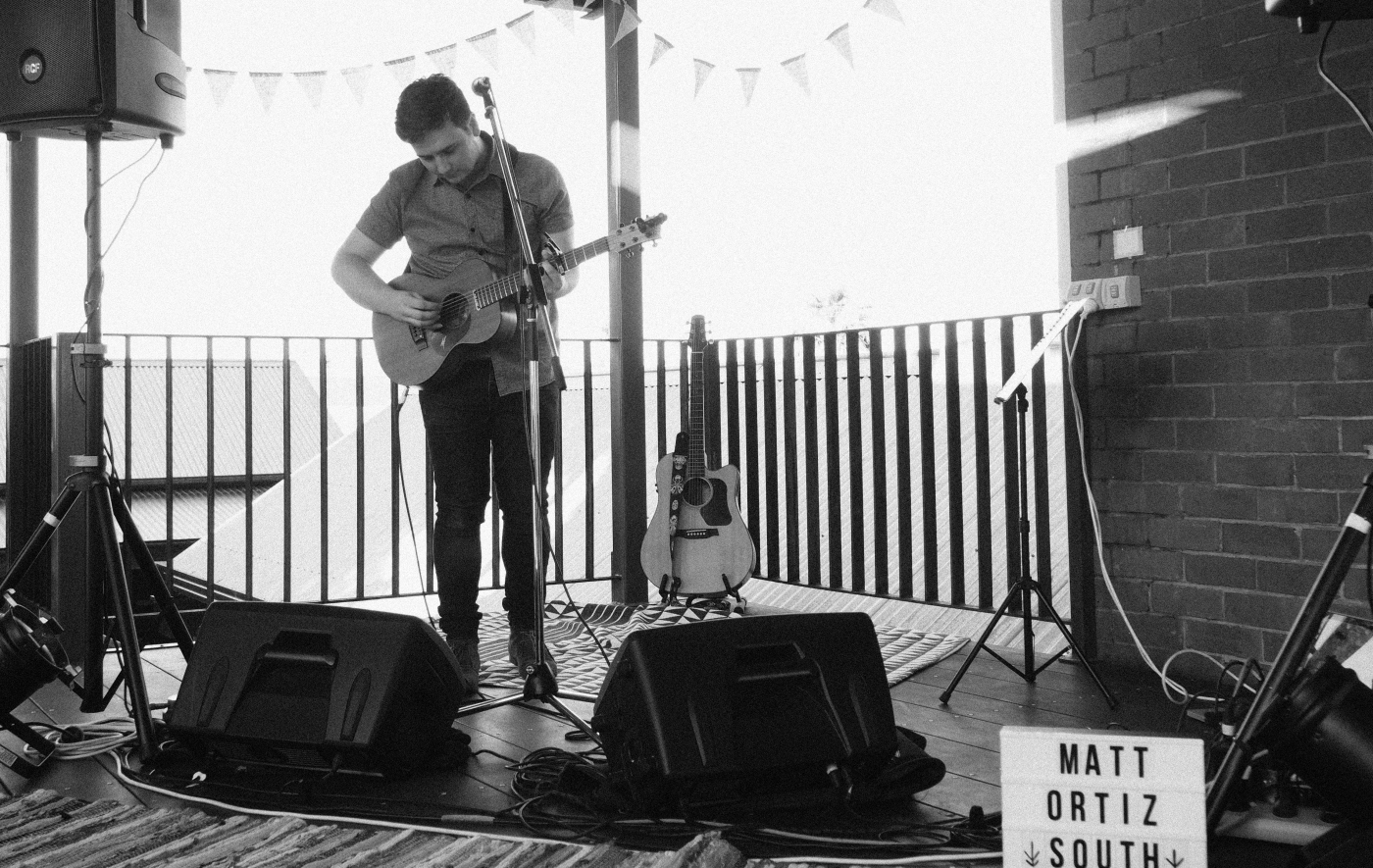 Matt Ortiz returned to Albury to launch his EP ‘South’ at Brady’s Railway Hotel on Sunday the 27th of November. Held on the balcony, with views of the sun setting over Albury, a sold out crowd climbed the stairs to be treated to local musician Renn Piccard open the evening, and then welcome on Matt who would perform two sets.

Matt has the ability to capture the attention of his audience so completely – whether he be singing or speaking – that a crowd of over a hundred, many of which good and old friends, don’t ever shift their focus from the stage when he is behind the microphone. Matt is a story teller, and this is clear as he discusses with the crowd moments and experiences in his life that serve as inspiration for his songs. He doesn’t tell too much, just enough to draw the audience in and take them along for the journey as he begins to sing.

There is an honesty in this kind of performance, as Matt allows his audience a connection that is rare, but is the mark of a talented, and authentic musician.

After a quick intermission, Matt took to the stage once more for his second and final set. This time people moved from their chairs and tables to sit on the rugs laid in front of the stage; as if sitting closer would slow down time slightly and make his final set last longer. Eager to listen to Matt’s originals much of the crowd had grown to know well, it also would not have been a Matt Ortiz gig without a few Passenger and Ed Sheehan covers in between.

He closed this final set and so the evening with a tribute to the late Leonard Cohen with a performance of ‘Hallelujah’. His rendition of this was disarming; there was no more whispering as the crowd remained fixated on Matt until his final note.

Matt is a humble performer who made sure to publicly thank those involved in the fruition of his EP.

Matt travelled out to Narrandera to have his EP recorded by Vic McEwan, and the beautiful cover art of his EP is the work of Amy Laslett. Matt’s praises were generous as he thanked not only his nearest and dearest, but everyone in the crowd that evening, and everyone that had ever been in a crowd to watch him.

Matt is an immense local talent, and absolute must-see.