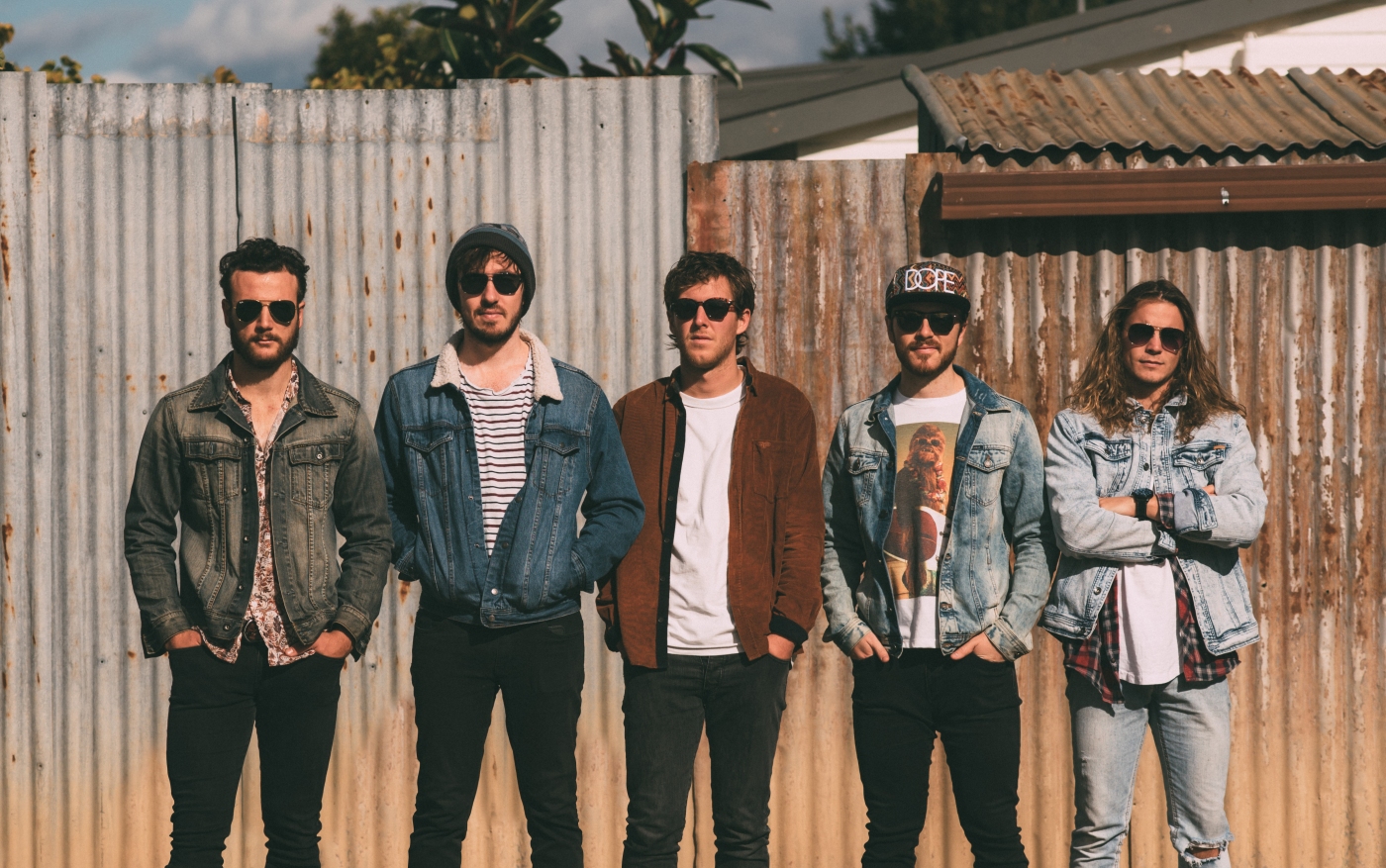 IT was suggested to me that when I listened to Reborn, IDLE FRET‘s debut album, it would sound best LOUD. So away with the ear-buds! Three years ago, when reviewing the Albury-based band’s Resist Not Evil EP, I exclaimed ‘rock is BACK on the Border!’ Reborn just adds a few more exclamation marks.

The five-piece have plied their wares live around the region since 2011 and their sound, as a result, is one of a tight and ultra-professional unit. Encompassing the spirit of the 1980s with a good dose of bar-room brashness, Reborn has a little something for almost every rock fan. The record opens with a bustling and catchy title tune, riding the energy of a dual guitar attack and a bulging rhythm section.

Frontman Hayden Edwards has one of those wide-spanning voices which injects the bands tunes with essential peaks and troughs (he gets great back-up too!). Similarly, Livin’ A Lie benefits from a memorable chorus as Edwards hits some Sebastian Bach-esque notes. Leave It All, for mine, is the album’s centrepiece – and not just because it’s track 5 of 10! The soaring rock epic has all the hallmarks of a hit song.

It’s a definite moment where you realise IDLE FRET is a band with some serious songwriting chops. The mid-paced The Bitter Pill is another highlight as is the Ryan Nicholson-paced You Can’t Change Me – both tunes I’d think are best served live.